Fifteen years ago, Saturday, my mother began painting a large oil portrait of me. That may sound unremarkable, since she was a painter and I am her daughter, but it was highly charged for two reasons: I was busy, healthy, and I hate to sit for portraits. She was weak, breathless, dying of breast cancer, and she had never been satisfied with any of the previous portraits she’d attempted of me.

END_OF_DOCUMENT_TOKEN_TO_BE_REPLACED 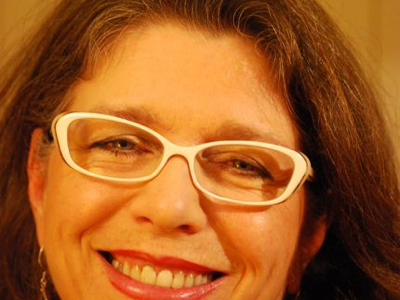 A little over a week ago, I received a request from Randall Brown, editor of Matter Press, for micro fiction or poems under 75 words. I sent six recently finished poems– offering images also. The next morning, I got this email: “I love these! I’d like to publish all six, with the images.” Elated, I ran down to tell Paul — and then, the anxiety started in. All six in one shot? Would I ever write another good poem? Would anyone notice them, or would they be lost? Would the paintings be “safe” on the Internet. Never mind that I’ve copyrighted the paintings, that I’ve been compiling these high resolution scans for this very purpose — to share them. So, beginning this Wednesday, April 4, and running for six Wednesdays, a poem and image from “Unfinished Daughter” will go live on Matter Press. Check it out, and let me know what you think . . . and yes, I’m thrilled that my poetry will be going live during National Poetry Week, and on the 20th anniversary of the collaboration that resulted in my first publication — THE VIEW IN WINTER. Happy Poetry Month — Enjoy! 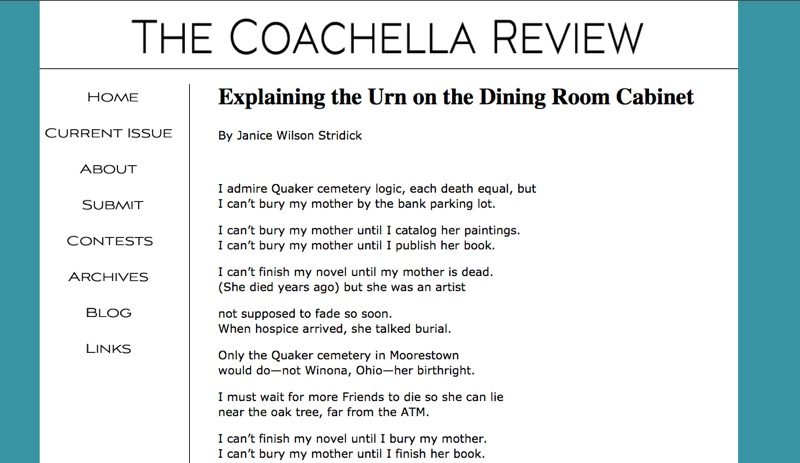 I was chopping celery for dinner three weeks ago, when the chirpy Brit-Indian inflection of a BBC World announcer interrupted my flow:

Why was Apple the subject of this sentence? As a Mac aficionado, I mourn the loss of Steve Jobs’ edgy spirit in this world, but as an Apple stockholder, I’m less concerned. “Technology Giant Apple” will survive, or not. I’m more interested in the way we speak about death, our public discourse. When did it become acceptable to frame loss of life in the syntax of a product launch? I left the half-chopped celery and walked into the next room where my husband Paul surfed Facebook. He had just learned of Steve Jobs’ death, also, but in the unscripted, human-centered messaging context of social media. Better.

My poem about letting go, and not letting go, “Explaining the Urn on the Dining Room Cabinet,” was selected by Lindsey Lewis Smithson for the current issue of The Coachella Review. In her blog, she congratulated the selected poets as having been chosen out of 1,000 entries. The issue has been up for a week now, I’ve posted on Facebook, but no response. Could it be that I’ve moved into territory we cannot acknowledge? In conversation, I’ve learned that many people have ashes of beloveds waiting in their homes. Can we talk about this?

Ten years ago, I grieved my mother’s recent death and turned my attention to the practice of writing and yoga. I still grieve, and practice. For me, this practice lights the path of letting go.

Categories: Alice Steer Wilson, Mother's Burial, Poetry, Women and Creativity, Writing
Get FREE DELIVERY within the USA when you spend $49.00 or more!
0%